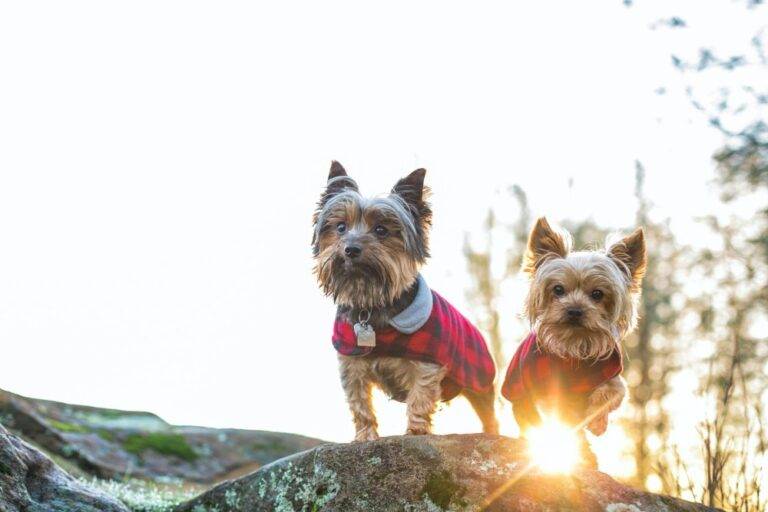 Skeleton (TOC) click to dig out the bones
Terriers – dogs of Earth
The history of terrier breeds goes back to the 16th century
Breeding terriers – an exciting hobby for many
The industrial revolution leads to the dramatic popularity of dog shows
Jack Russel – brave enough to catch foxes
Airedales – parts of the army
The dog the royals – Scottish terrier
Border Terrier – still true to original breed
Share this article with someone?

Written by Lita Luse, a lifestyle journalist and dog enthusiast.

Currently, she is an owner of two quirky Westies and an active mongrel.

Determined fox hunters, hard-workers for the army and professional cuddlers – the history of terrier dog breeds is truly fascinating.

Thanks to their independent and free spirits, for centuries, they have been loved pets and companions for many.

With my help, learn more about the creation of these loyal four-legged friends.

When talking about the history of terrier breeds, we have to go back to France.

In fact, the word itself comes from chien terrier, which means dog of the earth.

Initially, this breed was created to kill vermin.

Although nowadays, they have become more cuddly friends than hunters, there is still a type of terrier called the rat terrier.

Despite the fact that quite some time has passed, this fearless temperament, courageousness and hunter’s instinct are a huge part of the breed’s characteristics even today.

So you might think your small Yorkshire terrier or fluffy Westie doesn’t have a killer in them, but wait till they meet a rat in their path.

It is just what terriers do. They hunt.

The history of terrier breeds goes back to the 16th century

Although it is unclear precisely when terriers were bred for the first time, it seems to have been around the 16th century.

How do we know that?

A famous English physician at that time described them at his work. It appears that terriers had already then become loved pets by many.

In the early 1800s, different types and versions of the breed became a part of people’s households, but then nobody paid great attention to it.

Farmers did not care whether their terrier was big or small.

All that matter was they got the job done.

Foxes and other animals became a problem for landowners, writes k9magazine.com.

So, they sought a solution. A part of it were terriers.

As time went on, their popularity only grew.

Around the turn of the 20th century, terriers became the ultimate people’s friend.

Thanks to this, more and more different breeds emerged.

Each was tailored for different prey and also surroundings.

Terrier breeds we know today were named after the British Isles areas where they were created, explains janedogs.com.

So, the Scottish terrier really does come from Scotland, the Irish terrier from Ireland and so on.

At that time, the only breed that conquered with their popularity were sporting dogs.

The terrain was an essential factor when it came to the breeding of terriers.

For example, a huntsman who would ride a horse will typically choose a dog with long legs.

However, if they were hunting on foot, they would prefer short-legged terriers (such as Westies).

Breeding terriers – an exciting hobby for many

Nowadays, people involved in the breeding process are more or less fans and enthusiasts of four-legged friends.

Interestingly enough, back then, most working-class people would participate in the activity.

But it was an excellent way to make a bit of money.

Even back then, dog shows were a thing, so everybody looked for the perfect terrier who could compete with other furry friends.

The industrial revolution leads to the dramatic popularity of dog shows

With the industrial revolution, the quality of roads improved and railways emerged, and the world became a lot more mobile.

That is when agricultural shows appeared, and dog shows became phenomenally popular.

Here is a bit more on the history of some of the most popular terrier breeds.

For these stumpy-legged terriers, we can thank the famous Devonshire sporting parson.

Back in the day, he described his foundation’s four-legged friend as being “white with a patch of dark tan over each eye and ear”.

The idea was that terriers should run with hounds and be courageous enough to chase after a fox, explains thefield.co.uk.

Russel dreamed of having a dog that would be sensible enough not to get hurt and would know when to stop.

Of course, the breed today is quite different from what Russel imagined.

However, it still embodies some of the characteristics he desired.

Airedales – parts of the army

Did you know that Airedales were bred by crossing the old Black and Tan Terrier with an Otterhound?

The goal was to create a dog that could serve multi-purposes.

For example, it should be quick and needle-sharp when going on hunting adventures.

Once known as Bingley terrier, Airedales had an incredibly good nose.

Thanks to their waterproof coats, they proved to be good swimmers too.

Due to this, they were used in Russian Army to locate the wounded during the Russo – Japanese war.

But that is not it.

This beautiful breed was also used extensively during World War I.

In fact, they often became the centre of public attention thanks to their acts of bravery, writes akc.org.

The dog the royals – Scottish terrier

Similarly to Jack Russel, the Scottish terrier was initially used for bolting fox as well as all kinds of vermin.

With their petite bodies, short yet sturdy legs, they were pretty similar to Skye terrier rather than Westies.

It seems that in 1879 the breed was standardised by Captain Gordon Murray.

Over the years, the popularity of Scotties grew immersible.

They became especially loved after the whisky magnate – James  Buchanan – used them as a symbol for one of his drinks.

Furthermore, Scotties were often chosen by celebrities and even royals.

It would be hard to find a more popular terrier than this one.

Once, they were most commonly found in the area of the Cheviot hills. Before, the gorgeous dog was referred to as the Redesdale or Coquetdale terrier.

At first, Border terriers were used to chase foxes, and sometimes even otters and badgers.

They were ambitious enough to bolt animals twice their size, yet they always knew when it was time to stop.

Only in the late 1800s, they got the name they are called now.

Border Terrier is a rare exception that, throughout the years, has remained true to their original type.

Perhaps that is why they are so loved to this day.

Photo by Kitera Dent on Unsplash.