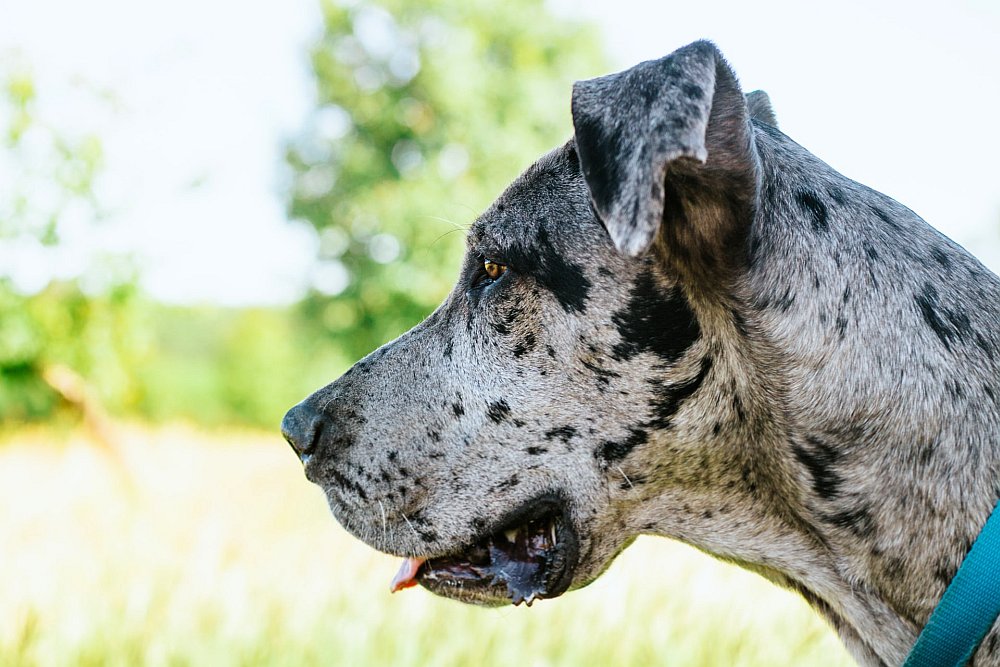 Skeleton (TOC) dig out the bones
In truth, they aren’t from Denmark
Check out more articles
Great Danes used to be hunting dogs
Why do Great Danes hunt?
How tall is a Great Dane, really?
The breed is known for being “gentle giants”
They can weigh as much as a baby hippo
Apartments are “A-Okay!”
Cartoon characters love Great Danes
They eat… a lot!
Great Danes have a short life expectancy
They come in different colors
Bronze, Silver, and Gold: Great Danes Win Awards
Who Loves Great Danes? Everyone, Apparently
Great Danes Hold a Special Place in the History Books
Pennsylvania is Famous for Coal, Steel, Railroads…and Great Danes!
As Old as the Pyramids
Great Dane Pups Grow Realllly Fast!

Written by Jen, proud owner of a 3-year-old Great Dane/Poodle mix named Luna, who is her once in a lifetime “heart dog.”

Jen specializes in the care and training of large dog breeds. She particularly enjoys working with Great Danes (for their big, goofy natures) and Poodles (for their intelligence).

This post may contain affiliate links. We may earn a commission from qualifying purchases made through these links. This is at no extra cost to you.

Do you love Great Danes? As canines go, they are a special bunch, and so naturally there are many amazing facts about these gentle giants.

Curious about where they came from… and how they got to be the spectacular dog breed we all know and love today?

Test your knowledge! How many of the following Great Dane dog facts did you know?

In truth, they aren’t from Denmark

When people hear the name “Great Dane” they are often shocked to discover that this breed actually comes from…Germany. Yes, it’s true!

The modern Great Dane has been around for approximately 400 years. But the origin of the breed is much older.

As explained by Hill’s Pet it goes back to ancient Egyptian times.

In the 1800’s, the noble class kept Great Danes to guard their estates and guard their children.

By the late 1800’s, the name Great Dane was changed to “Deutsche Dogge.” This translates into the term “German Mastiff.”

A more accurate description, for sure! 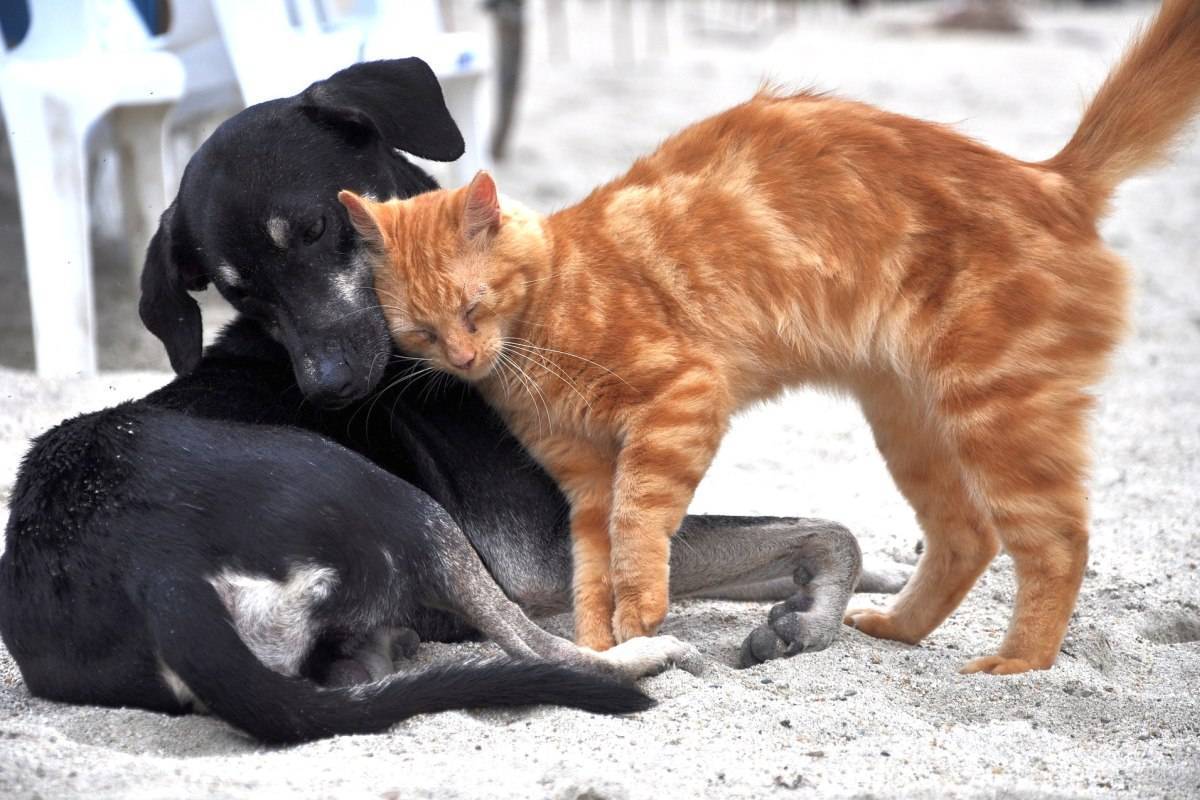 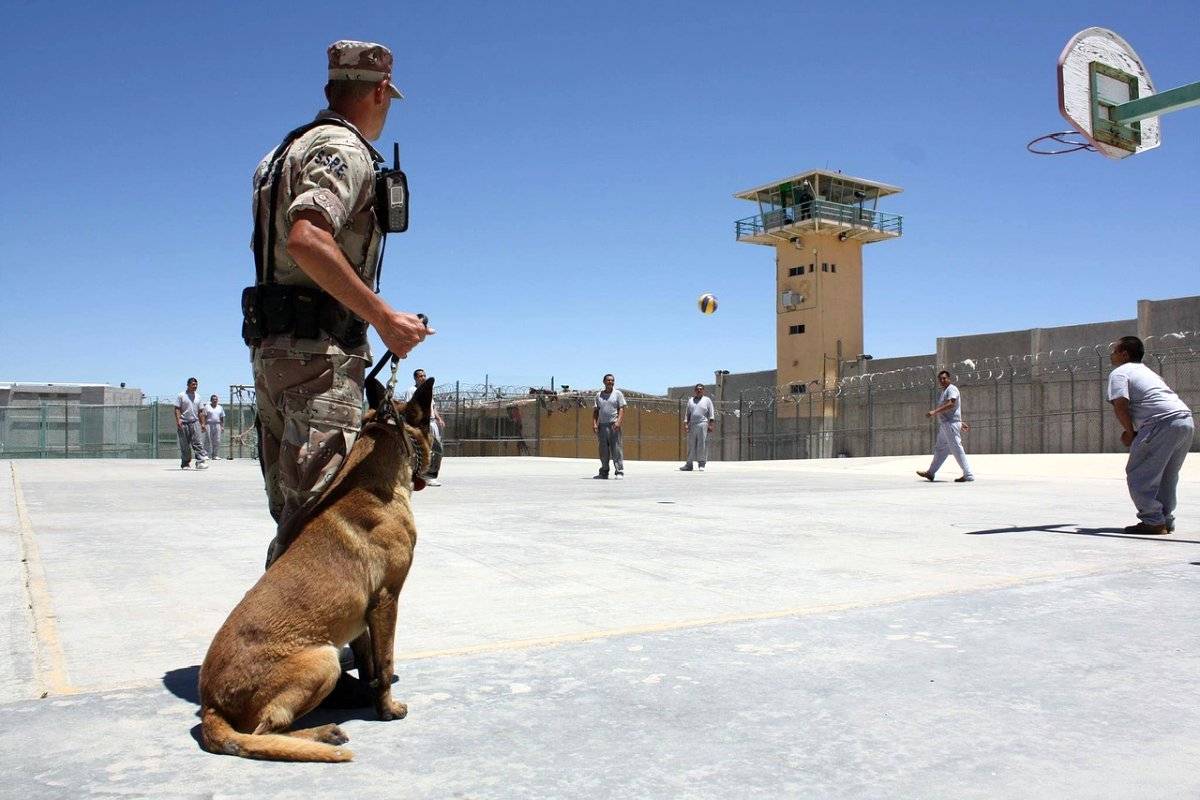 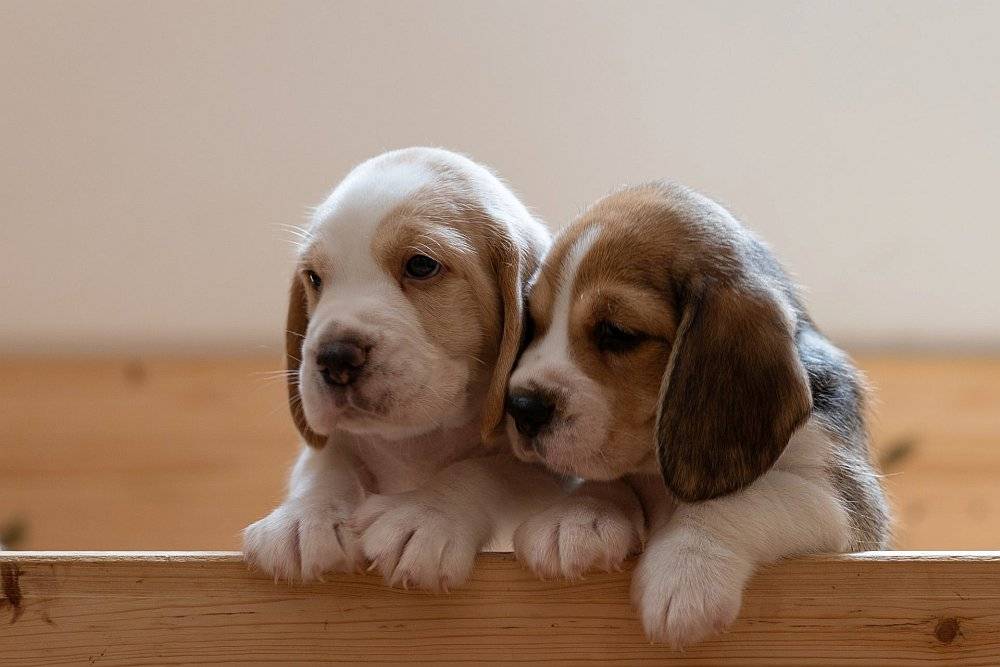 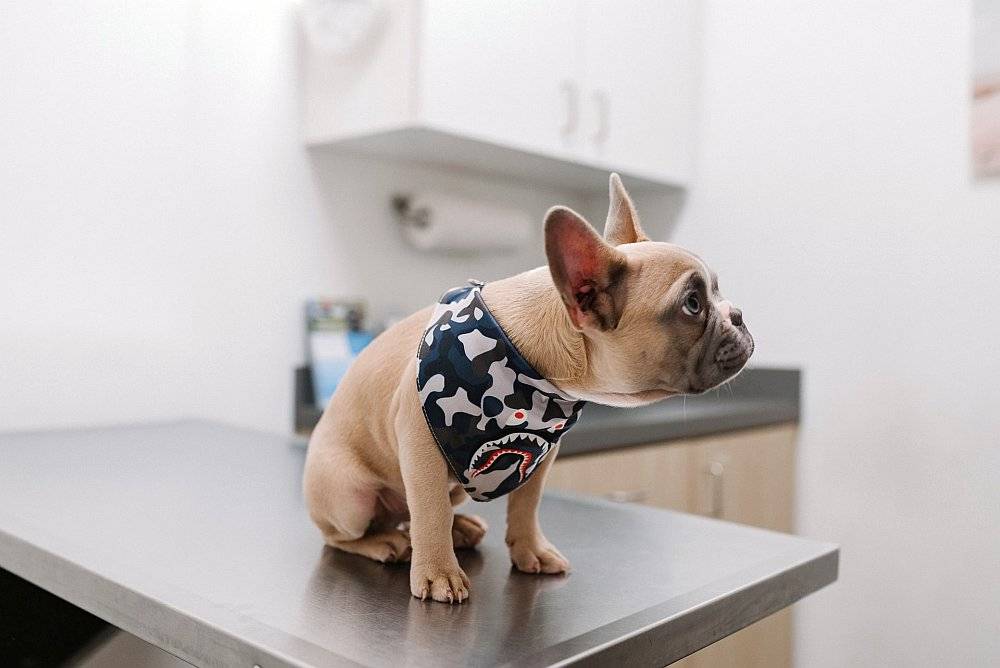 Once upon a time, wild boar roamed the forests. As did deer and bears. Great Danes were originally bred to be used as hunting dogs. Once they got the desired scent on their nose, they were determined to follow it.

Their powerful bodies were capable of taking down large prey.

In fact, my Great Dane mix Luna is an expert tracker. She regularly follows the scent of squirrels, rabbits, ducks…though when it comes down to it, she wouldn’t hurt a fly!

Why do Great Danes hunt?

English Mastiffs were mixed with Irish Wolfhounds to produce a gigantic tracking animal. Being a mix of these breeds, they were ferocious and strong hunters.

Centuries later, they were selectively bred to stop hunting.

After many generations, the Great Dane bloodline transformed into a much gentler companion. They can still hunt and follow their nose; but just for toys and balls now!

With big paws, excellent noses, and an intimidating stature, no thief dared to enter a home protected by a Great Dane.

The breed was developed and maintained not for companionship, but as a functional dog that would put food on the table and ensure the owners personal self and properties were protected.

This is why size was so important to the original breeders of Great Danes.

How tall is a Great Dane, really?

A Great Dane named Freddy was the tallest in the world. Before his passing, he held the Guinness World Record at a whopping 7 feet and 5.5 inches.

Most Great Danes are big.

But how big, exactly?

Well, according to the American Kennel Club, males stand between 28 – 30 inches. Males are slightly taller at 30 – 32 inches.

To put that in perspective, that’s the same height as an average dining room table, or small child.

In the dog world, Great Danes are beaten only by the Irish Wolfhound (Youtube video).

Love the look of a Great Dane, but find the size intimidating?

There are plenty of Great Dane mixed breeds out there, such as my own Great Danoodle (Great Dane X Poodle).

The breed is known for being “gentle giants”

Anyone who has ever owned a Great Dane knows they are sweethearts.

On the outside, a Great Dane can look scary. They have dark eyes, rippling muscles, and long faces. But on the inside, these dogs make excellent family pets.

For more information about how well a Great Dane gets along with children and seniors, be sure to check out our other blog here.

Despite their intimidating appearance, these dogs have lovely temperaments.

Do you want loads of kisses? Snuggles in the bed? Slobbery wet smooches?

The Great Dane is the right breed for you!

They can weigh as much as a baby hippo

Did you know that?

A Great Dane puppy – meaning under the age of three years old – can weigh as much as a newborn hippopotamus? That’s incredible! And on top of that, a full-grown Great Dane can weigh between 45 – 90 kg, as outlined by K9WeightChallenge.

On one extreme, you have teeny tiny dogs like the little Chihuahua.

Then, on the other hand, you can find a Great Dane the same size as a shopping cart!

Next, this fact surprises a lot of people.

Even though they are so large, Great Danes actually function quite well in apartments.

Due to their lower energy levels, they are quite happy to spend most of the day lounging on the couch.

Generally speaking, a brisk 1-hour walk once or twice each day is enough.

However, to keep your Great Dane at their healthiest, walks are still a must.

Regular trips outside, around the block, at the park, or in the yard will ensure a Great Dane’s physical needs are being satisfied.

Well, it turns out that television also adores Great Danes! Classic cartoons with dogs like “The Jetsons” and “Marmaduke” all feature this large breed star.

Then there are old-timefavorites like “Swiss Family Robinson’s” Duke and Turk.

Kids and adults alike have share fond memories of watching these beloved pups.

According to The Great Dane Rescue and Sanctuary, “an average Dane puppy might eat 8-10 cups of a premium dog food daily.”

Cheap pet store kibble won’t cut it. Many owners carefully plan ahead and meal prep for their dogs. This guarantees that their lungs, muscles, heart, and bones get the essential proteins and nutrients they need.

I can tell you on a personal note, Luna eats 6 cups of ORIJEN dry food per day, not including meat and veggie toppings.

Alas, this is a sad fact.

Unlike small and medium-sized breeds, Great Danes do not live for very long.

The average life expectancy of a Great Dane is just 8 – 10 years, as cited by Dog Blend.

However, some special dogs do successfully reach the ripe old age of thirteen or so.

They key is to be smart about their unique health requirements. Talk to a vet early on.

They come in different colors

And lastly, Great Danes come in a rainbow of different colors!

When walking down the street, you are most likely to see fawn or brindle.

That’s because these are the most popular and thus recognizable hues. But Great Dane breeders produce a wide range of colors based upon their personal preference and buyer demand.

The seven official recognized Great Dane Colors from All Things Dogs include:

Regardless of which color Great Dane you see, one thing is for sure – they are all members of a truly amazing dog breed.

Medal Winners! Juliana, the Great Dane, was awarded the Blue Cross Medal in 1941 for diffusing a bomb that fell on her owner’s house.

How does a dog diffuse a bomb you ask? Like any dog in need of a walk, Juliana peed on it!

She went on to be awarded a second medal three years later when she drew authorities’ attention to a fire in her owner’s shoe shop.

Similarly, a Great Dane named “Dog” once won best in breed at the Westminster Kennel Club Dog Show in 2020.

Who Loves Great Danes? Everyone, Apparently

While this is actually the lowest they have ranked 50 years, holding 17th place is still a fantastic accomplishment when you consider there are currently 190 officially recognized dog breeds.

In Canada (where Luna and myself are from) you can find Great Danes walking with their owners in just about every province and territory from east to west!

Great Danes Hold a Special Place in the History Books

Apart of the Navy. “Able Seaman Just Nuisance” the Great Dane, grew up in the United Services Institute.

With his friendly personality, the Navy sailors began to enjoy his company and would have him come along on the train from base.

Eventually, the conductor got annoyed with this new freeloading passenger…a giant

To avoid further conflicts, the Navy had Just Nuisance enlisted so he could ride the train for free with his friends.

He remains the only dog to be officially enlisted in the Navy. How cool is that?

The Great Dane is the official state dog of Pennsylvania.

They were given this honor in 1965 to recognize their contributions as both hunting and working dogs in frontier Pennsylvania all those years ago.

Actually, there is a portrait of William Penn – the founder of the Province of Pennsylvania – hanging in the Governor’s reception room until this day.

As Old as the Pyramids

Great Danes are an ancient breed.

Looking back to 3,000 BC, thousands of years ago, you can witness dogs that resembling Great Danes throughout Egyptian monuments and drawings.

Similar resemblances have been noted in Greek pieces from 14th century BC, too.

Although born at a typical 1 to 2 pounds, Great Dane puppies are the fastest growing!

From birth to approximately six months these pups can weigh in at as much as 100 pounds.

Despite physically growing quickly, Great Dane puppies take a much longer time to mature than other breeds.

Mental maturity continues to develop until they are two to three years old.

One might quickly assume that a puppy, especially a big one, requires a lot of exercise.

While Great Dane puppies do require moderate exercise, there is a lot of harm that can come from over-exercising them during their early years.

Due to their continuous, quick paced growth, Great Danes can suffer from painful inflammation in the bones in their legs if over-exercised.

These pains could result in a walking abnormality, as the pup tries to compensate for the aches and pains they are feeling in their legs.

If this develops veterinarian rehabilitation exercises may be required to aid them in their healing and further development.

Enjoy “wowing” your friends with these fun dog facts!