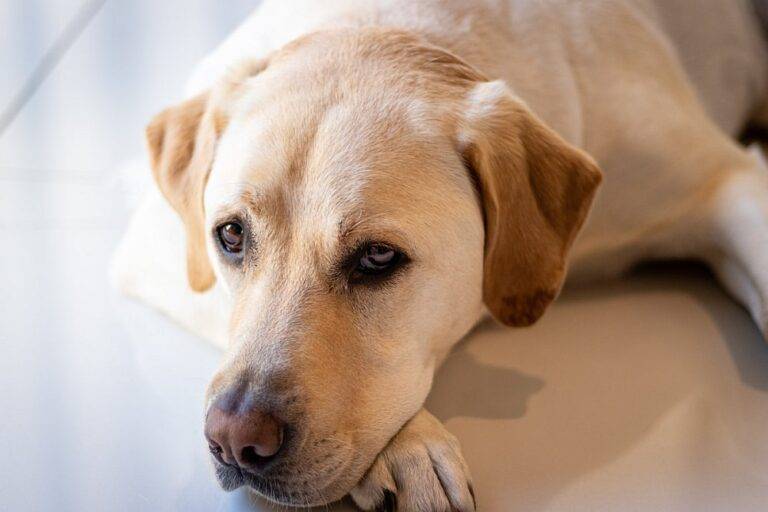 Skeleton (TOC) click to dig out the bones
The downfall to pure breeds
Do large dog breeds have more health problems?
Giant Breeds
How to know you are choosing the right breeder
Common medical conditions in large breed dogs
Rottweilers – big babies with big issues
How do I prevent issues in my Rottweiler?
How do you test for hip and elbow dysplasia?
Keeping an eye on things with ocular exams
How can I prevent bloat?
Rotties are heartbreakers after all
Labradoodles – the curly new breed everyone wants
Mixed breed means twice the potential for health problems
Can the breeders have their eyes tested for hereditary diseases?
The breeder makes a big difference
Share this article with someone?

Allison is a Veterinary Technician in the state of Indiana. She graduated from International Business College and Vet Tech Institute of Indianapolis with a degree in Animal Science and Technology in 2011.

After years of selective breeding and raising generations of dogs to be purebred, there is no surprise that many of these canine friends develop hereditary health issues.

Creating the “pure breed” dog is the cause of these disorders. Through years of inbreeding, diseases and cancers have run amok, damaging specific genetic lines.

Many dogs, big and small, have more or less common health issues depending on the breed.

While they don’t have to be a purebred dog in order to develop some disease or cancer, it is far more common when they are.

Large breed dogs in particular have their own predisposed issues.

The downfall to pure breeds

Specific breeds can oftentimes have the same problems that will likely be somewhat predictable depending on their clinical signs and age.

For instance, if a Doberman Pinscher comes in with lameness and swelling of their wrist, it is very likely osteosarcoma, a common cancer of the bones in large and giant breed dogs.

Because the trends and popularity of certain dogs are what have led to all the selective breeding of the canine, we have actually caused more harm than good in some cases.

Bring in the fun but anatomically flawed breed: the English Bulldog.

The Bulldog is an excellent example of over breeding to the point of major health issues.

This breed may be cute and funny but they are genetically the least healthy dogs in the canine kingdom.

Trupanion health insurance in the US actually spent over 100 thousand dollars on one bulldog and all of his health problems throughout his lifetime.

Most owners don’t think about potential health risks or hereditary conditions and diseases when they adopt or purchase a dog.

It is not uncommon for them to be completely unaware of chronic issues that their pooches breed may be predisposed to. Sometimes these common conditions among large breeds can be prevented and then other times they aren’t.

It is important that you purchase or adopt from a reputable breeder or organization that has put time, research and money into ensuring their dog’s genetic line is tip top.

Great Danes, Mastiffs and Wolfhounds, or any other giant breed dog for that matter, has a tendency to live for less than 10 years.

They are the true “heartbreaker” breeds that are big lap dogs that have a short life expectancy thanks to cancer and heart issues.

How to know you are choosing the right breeder

When looking into purchasing a puppy from a breeder it is crucial that you do your research. If they are a decent breeder, they will have a legitimate website with appropriate policies and good reviews.

Be sure to ask for information regarding the dam and sire. Like their medical history and personalities, as well as any other litters and health problems they may have had.

It is important that these people do their own research regarding breeding out negative qualities and breeding in desirable traits among their genetic line, and not just picking the two best-looking dogs available.

All dogs, purebred or not, no matter the size, are at risk for things like cancer and other potentially hereditary diseases. But there is certainly a trend to the illnesses that certain breeds will get.

Another breed similar to the Bulldog in terms of having a host of health conditions is the Rottweiler.

Rottie’s are a confident and loyal breed that can weigh as little as 80 lbs and as much as 135.

They tend to live for about 10 years and enjoy spending time in their owner’s lap when they aren’t defending their territory.

Unfortunately, this top ten AKC breed comes with a lot of problems.

Rottweilers are often plagued by orthopedic, heart and eye issues, such as:

How do I prevent issues in my Rottweiler?

A good breeder will show proof of testing done on the dam and sire to ensure that they have a healthy genetic line. Tests that can be performed to help prevent bad breeding include ocular exams and hip/elbow radiographs taken of both parents prior to mating.

How do you test for hip and elbow dysplasia?

There is an organization called the Orthopedic Foundation of Animals (OFA) that offers radiograph interpretation of hips and elbows that are taken by a veterinarian under specific guidelines.

Again, these should be done prior to the dog being bred.

If their hips or elbows don’t score well with OFA then the dog should not be used as breeding stock.

Keeping an eye on things with ocular exams

Ocular exams performed by a veterinarian are also important. If the dam or sire has any issues with their eyes beyond some mild conjunctivitis, it should not be bred. Avoiding the continued genetics of eye conditions like entropion and cataracts could be avoided with more responsible breeding.

Canine Eye Registration Foundation (CERF) is also a source that can be used to help prevent the breeding of dogs that show traits of undesirable eye conditions.

How can I prevent bloat?

Bloat or gastric dilation volvulus (GDV) is not 100% preventable but having a procedure called a gastropexy performed when they are young can help minimize the chances of this life threatening condition.

GDV is not hereditary but has more to do with the size of the dog’s chest.

Any deep chested breed is at a higher risk of bloat and GDV.

A gastropexy is where a veterinarian goes into the dog’s abdomen and sutures the outer part of the stomach to the lateral body well, preventing it from being able to flip over.

The dog can still bloat, which is still an emergency, but is much less dangerous than GDV.

Rotties are heartbreakers after all

Cardiology is where it becomes a little more tricky. Unless the sire or dam was showing any clinical signs like fainting, coughing or lethargy early in their lives, it would be very hard to predict.

Also, if the vet heard a heart murmur, not choosing to breed them would be best.

Unfortunately, the nature of heart problems is that they will go years without showing any symptoms and may die either suddenly or quickly over a few weeks with the onset of congestive heart failure.

There is no way to test preemptively for a heart condition.

Doodles are an awfully cute and fun breed. They range a lot in size and variation of mixes with the poodle breed, but the Labradoodle and Goldendoodle are by far the more common.

Did you know that the Labradoodle was originally designed to be a ‘hypoallergenic’ service dog for people with pet dander allergies?

This breed, while it is still a relatively new one, is growing steadily in popularity.

Even though they are a mutt, they can come with the same health conditions as their Poodle and Labrador or Golden Retriever ancestors.

Like the Rottweiler, the Doodle can also have joint problems and eye issues.

They are prone to ear infections and allergies as well.

Heart conditions may also be prevalent thanks to the poodle genetics.

How do I prevent issues in my Labradoodle?

While some conditions are avoidable, many are not.

Poodles and their mixes are prone to heart conditions as well as cataracts and PRA.

Labradors and Golden Retrievers tend to develop allergies and ear infections as well as hip and elbow dysplasia.

Preventing these issues is most likely not possible, besides looking into a breeders genetic line and their health history.

It is still unlikely that when adopting a puppy at 8 weeks old, you can guarantee it will be healthy strictly based on its parentage.

Can the breeders have their eyes tested for hereditary diseases?

There is a DNA test that can be performed to look for the gene that causes PRA, but not cataracts.

How can I avoid getting a puppy that will have allergies?

The number of dogs that are affected by environmental or food allergies is extremely high.

Some researchers believe that over 20% of dogs will develop allergies in their lifetime, usually between 1 or 2 years of age.

Seeing if the dam and sire have recurring ear infections or atopic dermatitis would be the first place to start.

If you aren’t sure just by looking at the parents or finding out through the breeder, there will be no way to know until the dog starts showing signs later in life.

Adopting an older Golden or Labradoodle is a good way to tell if they will suffer from chronic allergies.

If you are adopting a dog that is closer to 3 or 4 and they haven’t shown any signs yet, then it is a pretty safe bet.

The breeder makes a big difference

Just remember, that not everyone that breeds dogs is actually a good breeder.

Many people breed dogs without having the appropriate knowledge to maintain healthy genetic lines.

When it comes to adopting or purchasing a dog, it is crucial that you have done your research on the individual that you are going through.

Not choosing a reputable source or breeder will certainly raise your pet’s risk of undesirable health conditions.

Photo by Grant Durr on Unsplash.